What we are working towards this International Women’s Day 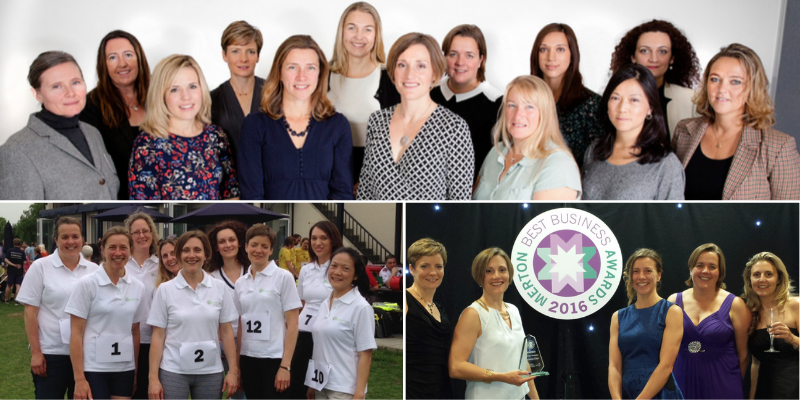 Women make up 52% of the world’s population and although we feel a lot more equal than we used to in the UK, you only have to listen to Laura Bates TED talk or read the stories on the EveryDay Sexism site she founded to know that we are not. So we need to speak up today – and everyday – because as Laura says “Our voices are loudest when we raise them together.”

It takes a village to raise a child

It takes a village to raise a child, so the African proverb says. But let’s start with two parents, both getting the same opportunities to raise the children they brought into the world. At a recent event I attended, one of the speakers told a story of how female colleagues congratulated a male co-worker who left early to collect his child from school, but tutted when a female co-worker did the same.

The April 2015 Shared Parental Leave Act brought in legislation to attempt to formalise gender equality in the childcare arena, and to challenge the assumption that childcare is the mother’s concern, and that fathers only want to have two weeks with their newborns.

But take up has been low (2% in the first 3 months of 2016) as most families cannot afford to take it and the expectation is still heavily on the mother to put her career on hold to become the main caregiver.

How we work is changing

Changes in society and technology mean the world of work is changing.

Millennials aren’t driven by the same motivators that their parents and grandparents were. They want a better work/life balance, they want to make a difference, they want to feel pride in what they do. Their bosses who belong to the previous generation are struggling to manage them.

Advances in tech mean in the near future more jobs will be automated and AI will be capable of doing the jobs that occupied humans previously. There will be fewer jobs for people. The same people who are living longer than ever before.

There is much discussion around these changes and how we should adapt. One of the suggestions is a flexible workforce that is no longer fixed to full-time jobs and the nine to five.

Many people are already working on flexible contracts, but according to Hire Me My Way “1.5m people are trapped in poorly paid part-time jobs below their skill level. Only 8.7% of jobs paying £20,000 or more (full time equivalent) are advertised with part-time or flexible options.” The fact is that not enough big employers are buying into the idea of flexible working yet, hence the need for their campaign.

Flexible working as the norm would allow couples to share the parenting and the housework whilst still maintaining their careers. Our biology means that for the first six months of a baby’s life it is the mother who needs to be by the child’s side but after that there is no reason why the caring can’t be shared. Many fathers would like to spend time with their baby when everyday brings something new. Gender inequality means the fathers miss out on this and the mothers carry the huge responsibility of caring for a new life alone, for the majority of the time.

We hear story after story from women who tried to return to their former roles after maternity leave, but their requests for part-time were rejected or their contract was reduced to 3 or 4 days per week with them still expected to be available on the other days.

We also meet many women who had outstanding careers in their pre-parenting lives but can’t now fit them around their family lives, so they have created new businesses in altogether different fields where as well as being a mumpreneur they are also a solopreneur. As Eva Wiseman, wrote in her column for The Observer last November on “The problem with maternity discrimination and the mumpreneur” :

“A new report from the Equality and Human Rights Commission confirms the stories I heard in those long mornings pushing buggies round parks with NCT survivors, that 11% of women are pushed out of their jobs following maternity leave – around 54,000 a year. And because of this, British businesses are losing £280m in hiring, training, payouts and lost productivity every year. All to avoid a bit of change. The modern view of a self-employed mum officing at her kitchen table says more about crippling childcare costs and inhospitable workplace cultures than it does a utopian future where we can have it all.”

In Chimamanda Ngozi Adichie acclaimed TED talk “We should all be feminists” she talks about the key attributes for success in today’s world being intelligence, creativity and innovation, not physical strength as it was 1000 years ago. Both sexes are equally capable of holding these attributes. If we make it impossible for women to retain their place in the workforce then our society is missing out on benefiting from their talent. As Catherine Mayer, co-founder of the Women’s Equality Party says, “Equality for women isn’t a women’s issue. When women fulfill their potential everyone benefits.”

What are we doing about it?

The move to flexible working for all will take time to happen, but it will happen a lot faster if everyone campaigns for change and strives to lead by example. And that’s exactly what we are doing here at Business Clan. Our core business is helping small businesses in our local community when they don’t have the time or specialist skills to do everything themselves, but we also help talented people back to work. We are a team of women whose previous careers were no longer available to us in a way that would fit around our families. But between us we have decades of corporate experience and transferable, diverse skill sets. At Business Clan we offer part-time, flexible work which allows our team to still be hands-on parents (or pursue other activities) for a healthy work/life balance. Many of the businesses we help are also run by women who manage their businesses around family life (we stop the mumpreneurs from feeling like solopreneurs!).

Almost three years after Delia founded Business Clan, we have an award-winning team of fifteen intelligent, creative and innovative women. For some we have been a springboard back to the corporate world, for others we have given them the opportunity to update their skills and use them in our local business community. Leeza is one of our marketing consultants:

“Business Clan has helped me to turn my life around, allowing me to return to the work that I know and love, but in such a way that I have been able to slowly build up both my confidence and my hours whilst ensuring a great work/life balance. I feel incredibly lucky to work with such a great team of like-minded people, and to be able to bear testament to the fact that flexible working is actually an achievable and viable working model.”

Our vision is for a sustainable economy and society that works locally and collaboratively, with communities collectively enabling people and businesses to reach their full potential in the pursuit of social well-being, health and prosperity.