The lockdown legacy – a shakeup of stereotypical roles and hybrid working. Will it last and will it be inclusive? | Business Clan

The lockdown legacy – a shakeup of stereotypical roles and hybrid working. Will it last and will it be inclusive? 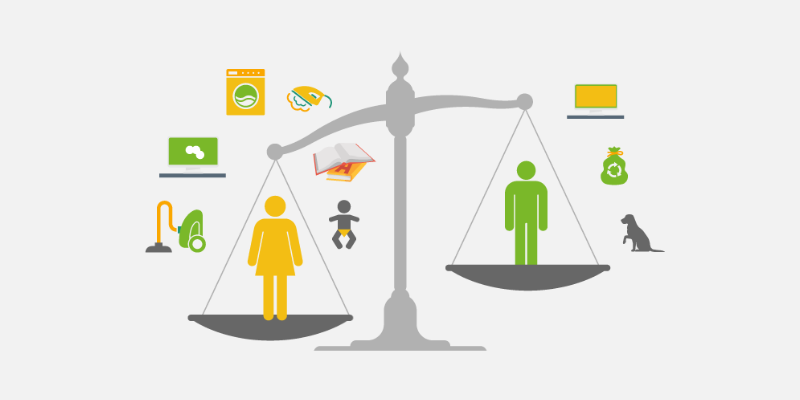 Working from home or living at work?

“It is getting to the point that many of us and our teams are no longer ‘working from home,’ but rather ‘living at work,’” wrote Etty Burk, a New York-based talent management executive. “Discipline, good boundaries and support are needed to avoid burnout and have a better work-life balance.”

When I read the article, and this statement in particular, it definitely resonated with me as a working mother, and I have to admit,  yes,  the novelty is definitely wearing off! Am I saying what others are thinking? I bet I am.

I know for some, working from home is the best thing that ever happened to them, but for others, like me, who get their drive and energy from being with others, it has left them feeling more isolated, less motivated and busier than ever!

Who gets the dining room table?

What I have come to realise is that, whilst my husband and I are both ‘working from home’, for him that entails being locked in the home office all day, barely coming up for air, whilst my office space is our dining room table which I share with our daughter who is home-schooling. I am doing my work, and some.  Up and down from my desk like a yoyo, answering endless questions and dealing with the odd tantrum, making breakfast, lunch and dinner, cleaning, answering the door etc. The list is endless.

Somehow, I have taken on the key caregiver/housekeeper role,  in addition to my day job, with no consultation or compensation. How did that happen? Is it because it’s just expected of a woman?  To consciously break the mould, should we as women have had that conversation months ago rather than falling into the age-old trap of taking on stereotypical roles? 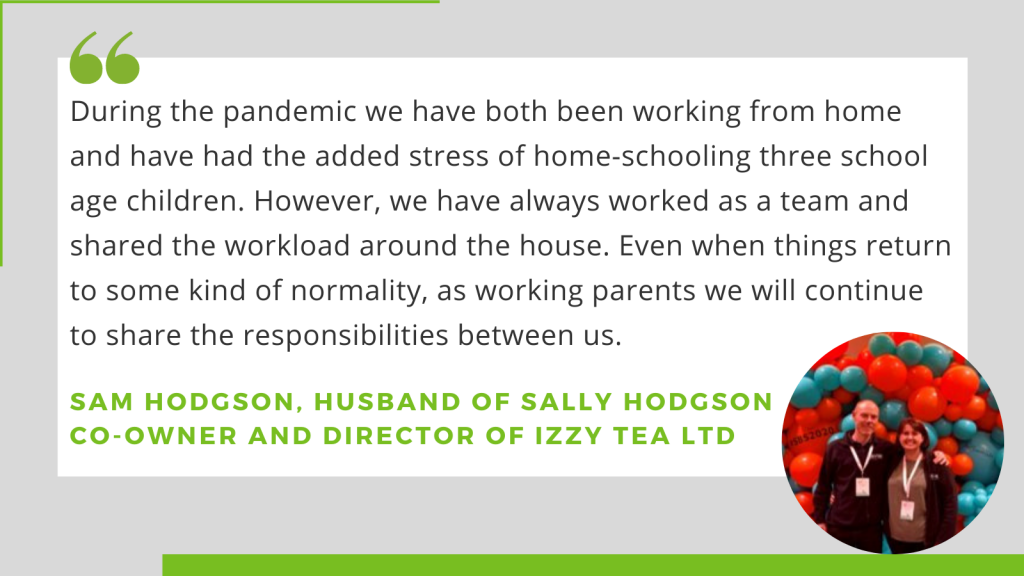 The unspoken assumption of household roles

It may be the 21st century, but the unspoken assumption of the female role in the home still appears to be very much imbalanced. Whilst the pandemic has without doubt shaken things up for those households where both adults are working from home, has the pendulum swung in the right direction with both parties taking equal responsibility for household chores and childcare, or do most women find themselves facing the pre-pandemic unspoken challenges for the female at home (whether they are working or not)?

A shifting of balance or a further entrenchment of stereotypical roles?

To be fair to my husband, things have drastically improved since the first lockdown and he is now identifying with challenges that have traditionally only been faced by women. In fact, he is preparing dinner as I write this. I wonder if the pandemic has created more of a level playing field with both parents working from home? Could we be moving in the right direction?

In many households with children, it has been reported that fathers have taken over a much bigger share of childcare, potentially causing a long-term shift in gender roles.

“There is no doubt that lockdown has provoked a radical change in the organisation of work and family life, which will hopefully produce long-lasting, positive consequences via learning, habit formation, and the evolution of social norms.” Study by the London School of Economics.

On reflection, as we head towards the light at the end of the tunnel and the promise of returning to some sort of normality, I also see the benefits of working from home more; spending precious time with our daughter, who is nine;, no stressful London commute; saving money; the positive environmental impact; more shared responsibility in the home and a better work-life balance.

However, with the easing of lockdown restrictions and the inevitable return to the workplace in some form or other, I have to ask myself: what will the new way of working look like?

A stronger call for hybrid workplace models (aka flexible working) 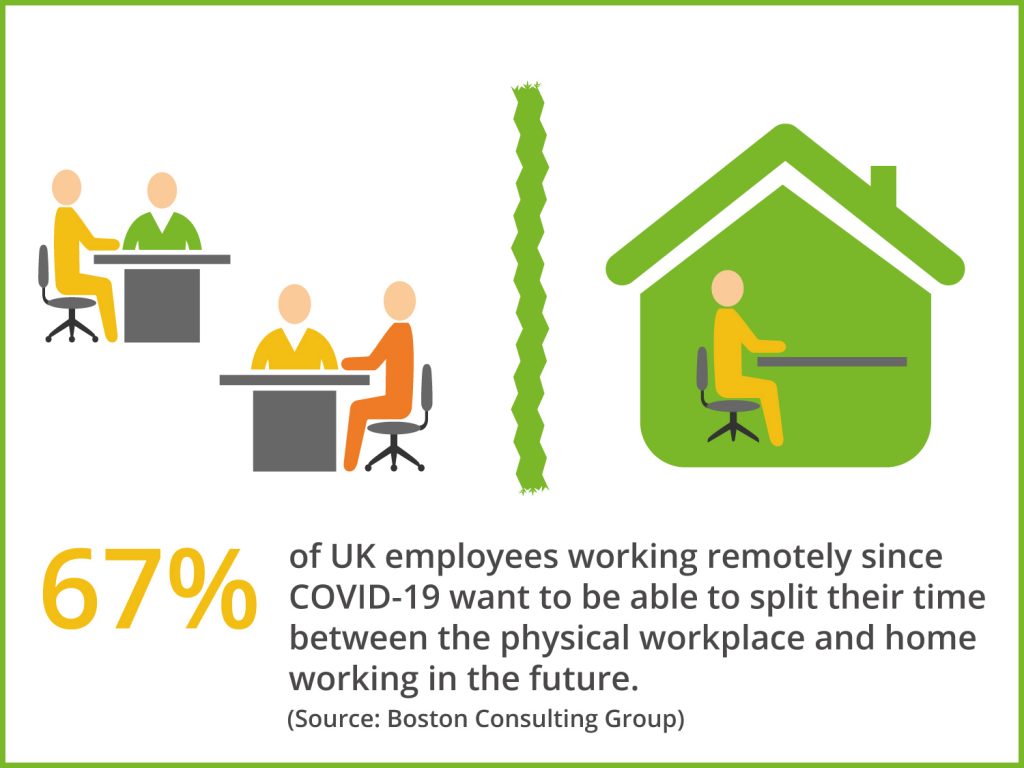 A recent Boston Consulting Group (BCG) study of 2,000 UK employees revealed that 67% of those working remotely since COVID-19 want to be able to split their time between the physical workplace and home working in the future. So, with more demand for flexible working models, allowing people to choose where they work (and potentially when they work), how can employers and employees get the best of both worlds?

Removing obstacles for the return of working parents and carers to their city-centre offices is a challenge. With longer careers and a multi-generational workforce, employees are more diverse than ever before. Employers need to be sensitive to the challenges that the inevitable return to the workplace, in some shape or other, will bring to colleagues and how they cope with enforced changes.

One person might be a multitasking parent. Another may have vulnerable relatives in their care whilst someone else may be adjusting to the company of their flat-shares 24/7 – so the norm for one person will be completely abnormal for another.

People’s experiences of working from home have been varied so their individual requirements when it comes to returning to the office will also be different. Can employees have a more personalised experience?

Building a seamless transition back to work is crucial and will aid a successful outcome.

Be wary of hybrid working becoming a two-tier system

There is an ingrained sense that being visible in the office is what is expected of us, both as employees and employers, and a feeling that should this visibility waver, the impact on our future career opportunities would be negative.

As lockdown restrictions are lifted, what we can expect is a very different workplace to the one we left behind. The phased return will likely be a slow one, and it is unlikely that all workers will be able to go back to the office at the same time. This may lead to a two-tier system with some employees working from the office and others working from home. In the short term this may be fine, but longer term we need a balance across the workforce with some employees working from the office (where their home environment is not conducive to work), some working from home (to accommodate personal circumstances) and some balancing their time between the two. 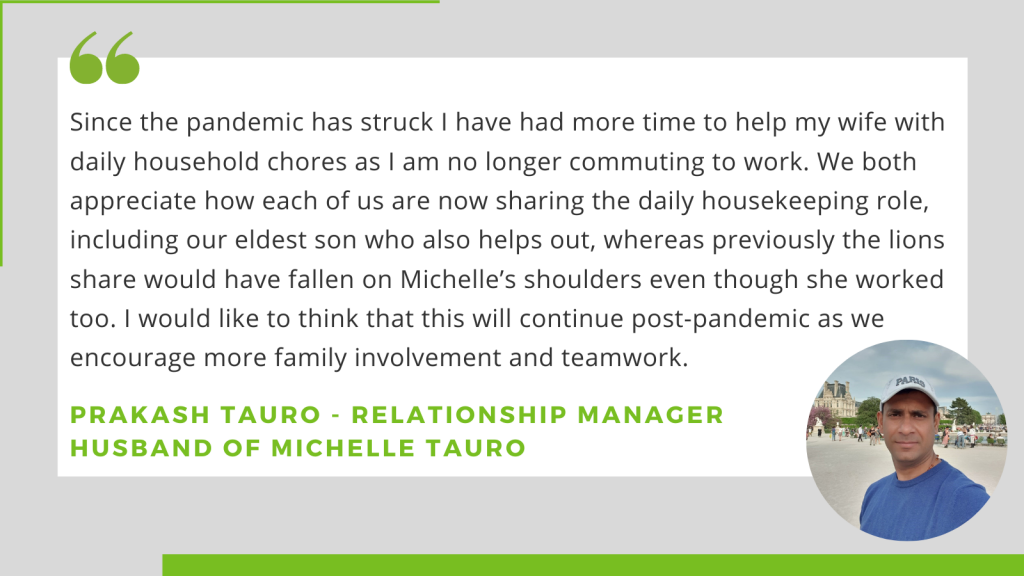 Will hybrid working ensure inclusivity in the workplace?

With the increase in demand for flexibility and a new hybrid working mentality, I guess the million-dollar question is where will this take us in the post pandemic era? Will the unspoken bias towards the female taking on the role of running the household still exist and will it be further exacerbated if there is more flexibility, or will there be a chance for change? An opportunity to readjust the balance of household responsibilities and career opportunities? 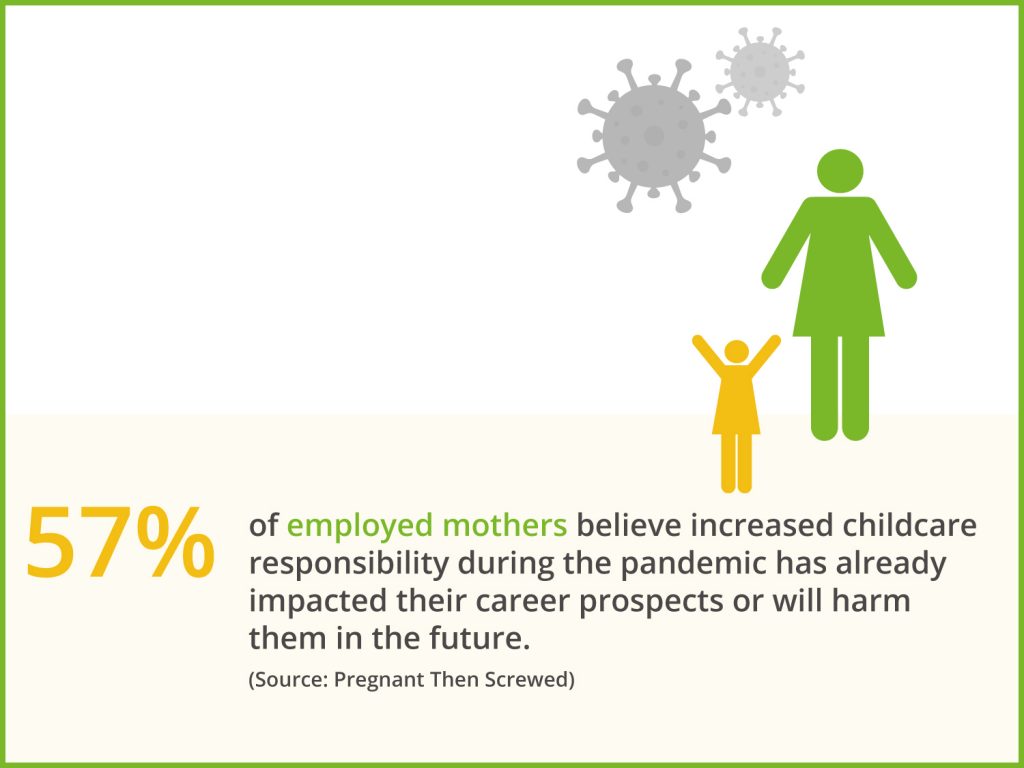 What is clear is that hybrid workplace policies will be key in creating a more inclusive workplace environment, but there are potential inclusivity risks attached. We already know that lockdown has had more of an impact on women’s careers than men. A study by the UCL Institute of Education and Institute for Fiscal Studies found that mothers were more likely than fathers to spend their working hours simultaneously caring for children. Another study by campaign group Pregnant Then Screwed found that 72% of employed mothers had to work fewer hours because of childcare issues during the first wave of the pandemic. The study also found that 57% believed that this had already damaged their career prospects.

But how do you consider the principle of inclusion if most of your workforce isn’t physically in the office; how do you ensure their voice is still heard? Creating a safe and inclusive environment, agreeing how you lead and manage your talent, along with reviewing your existing policies with inclusivity in mind, will help businesses and their people to successfully transition into new ways of working.

“A challenged world is an alert world and from challenge comes change.
So let’s all choose to challenge.
How will you help forge a gender equal world?
Celebrate women’s achievement. Raise awareness against bias. Take action for equality. ”

How can we help you?

Our HR specialists are on hand to give advice and guidance on how best to implement a working hybrid model and how to create hybrid working policies. If you would like to find out more about ensuring your hybrid working policy builds an inclusive workplace,  please get in touch.

Download Now
Download your Back to Work HR Checklist
Speak to us on how to develop a hybrid working policy or implement a working hybrid model.
GET IN TOUCH 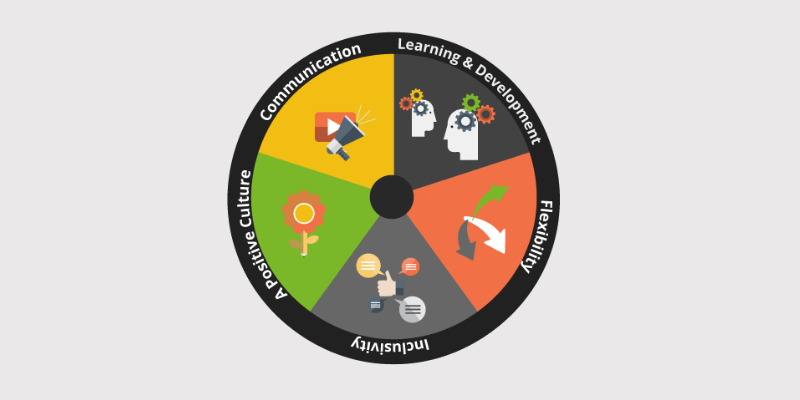 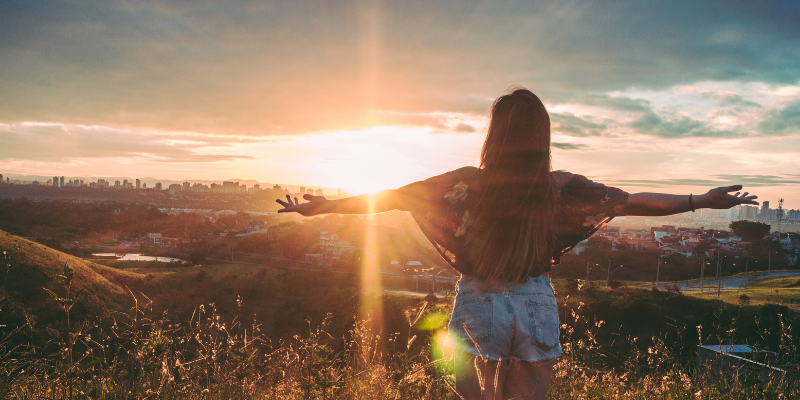 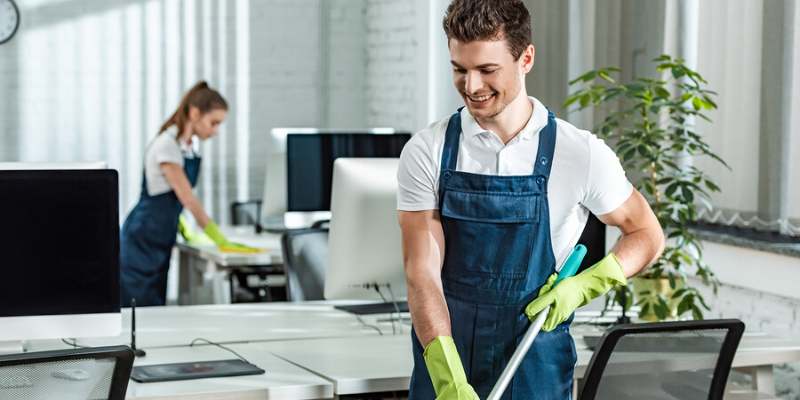 Return to work: Safeguard your employees and workplace 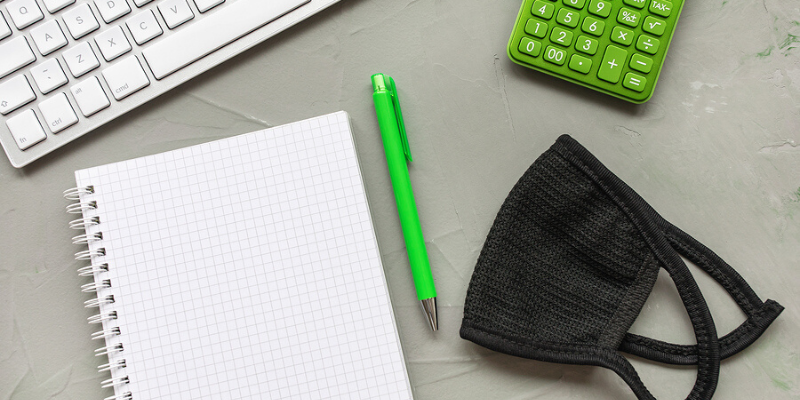 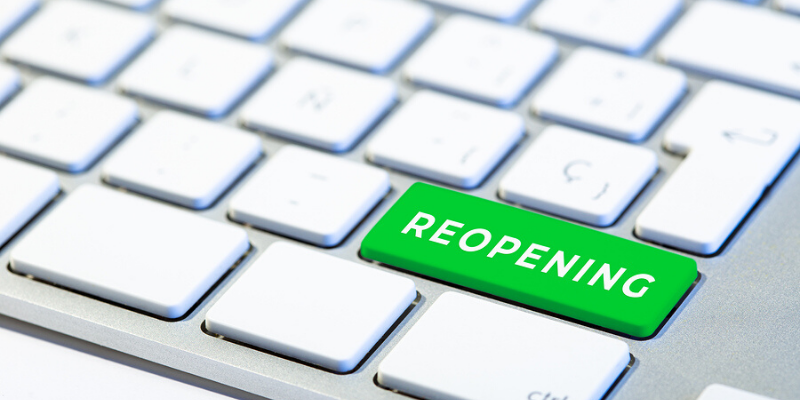 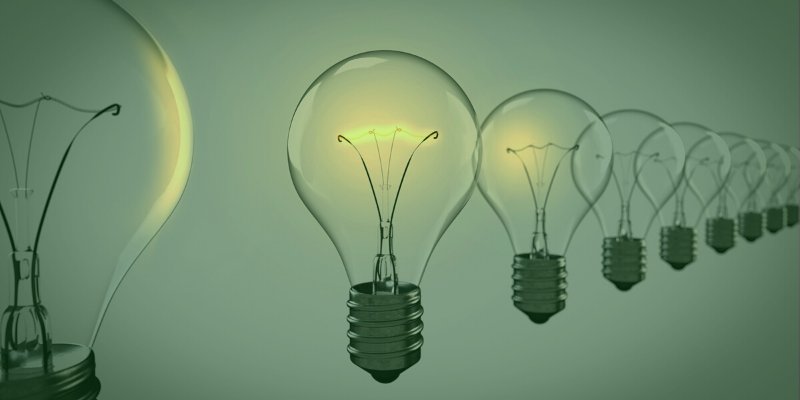 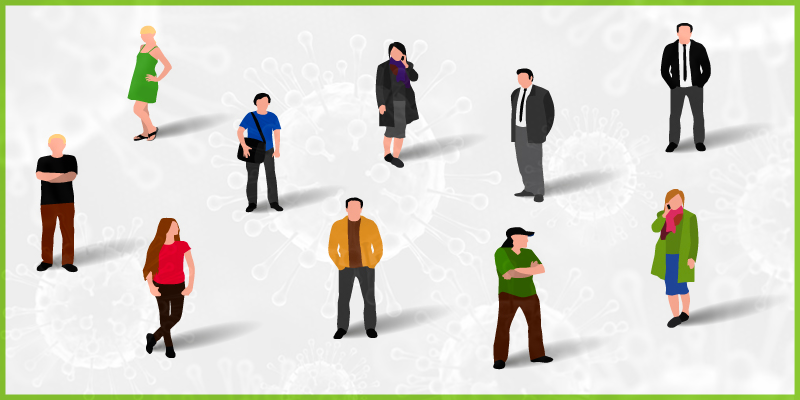 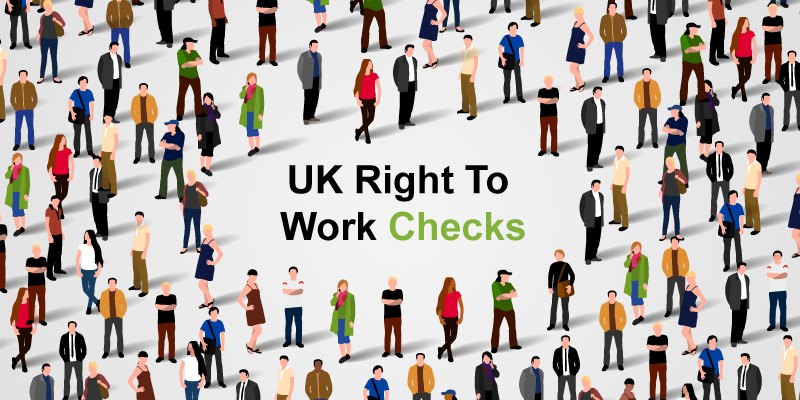 Top tips for keeping your remote-working team together 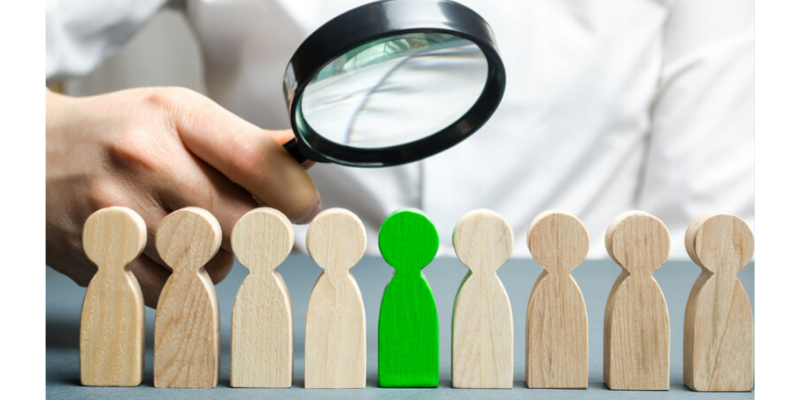