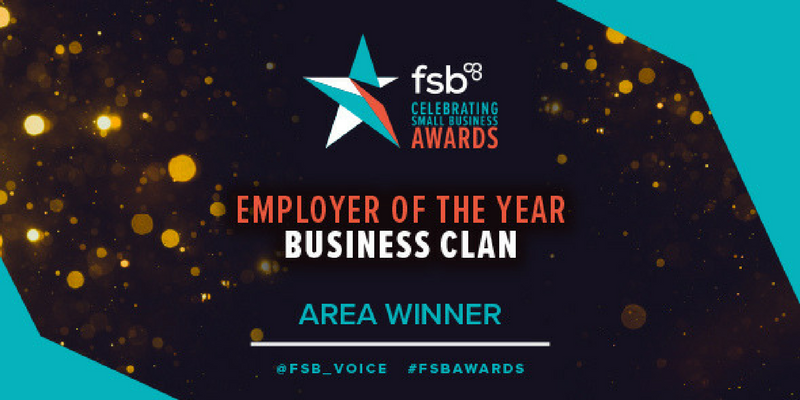 How an FSB award win made our manic Monday

A Monday lunchtime awards ceremony? Are you sure? As we have got into the habit of winning awards in recent years (get us!) we were used to an evening ceremony, towards the end of the week, with glitz and glamour. But this year’s FSB London Area final was less about wine and finery and more about networking and showcasing the fantastic businesses who were finalists.

So at 11am on Monday 19th March, whilst our marketing meeting was in full flow and Delia was in deep discussions with our tech team, Nicolle was standing in the office door way with her coat on, counting down the minutes before the train left. After saying several times “It really is time to go now!” she finally tore Delia away from her desk, and they headed off to the Radisson Blu at Portman Square.

After coffee on arrival to warm up (where is spring?!) and an interesting chat with Ken, the MD of The Phoenix Artist Club, winners at the 2017 FSB awards and now a judge, they went through to be seated for lunch – Delia next to Michael Lassman, Regional Chair for FSB London and Nicolle next to Maria, who works with SMEs at the Mayor’s Office. They had plenty to talk about!

The ceremony was in the very capable hands of Dave Sharpe who kept the event flowing and, as became clear, had thoroughly done his research. It was also cleverly organised with four awards being announced at a time in between courses which stopped 1. awards fatigue setting in and 2. the event ending abruptly, giving time for more networking and congratulations. The only problem was the jangling nerves whilst eating! Our category was towards the end of the programme so we weren’t sure how much of the lunch we were going to manage, but to our surprise it was announced in the first section.

We were up against some businesses which were definitely in the M section of SME, therefore didn’t fancy our chances, so we were elated when Business Clan was announced as Employer of the Year (as you can see from the post awards interview video!). We headed to the stage where Dave was ready with his questions and we were invited to tell the whole room about who we are and what we do. We’re not entirely sure what we said, apart from Nicolle explaining that she recruited one of our marketing team by the bike shed at her children’s school – which got a laugh!

As well as giving each category winner the opportunity to showcase their product or service to the assembled guests, the FSB had also prepped their MPs and some had pre-recorded congratulatory videos which were played whilst they were on stage. Our MP Stephen Hammond tweeted his congratulations to us before we were back in our seats! He followed this up with a letter the following morning and he is coming to visit us in a couple of weeks to hear about the challenges and opportunities businesses in Merton face.

For the rest of the afternoon, we relaxed and enjoyed hearing from the other winners. There was a very positive atmosphere of success in the room. Many people came to offer their congratulations to us and ask if we could help their business or to say that they knew a friend who would love to return to work with us.

Our winning application covered how we:

This win puts us through to the FSB awards’ National Final on 3rd May, so keep your fingers crossed for us! And it’s in the evening so we’ll be able to get our glamour on…