Making the tax system fairer for SMEs. Is there a workable solution? 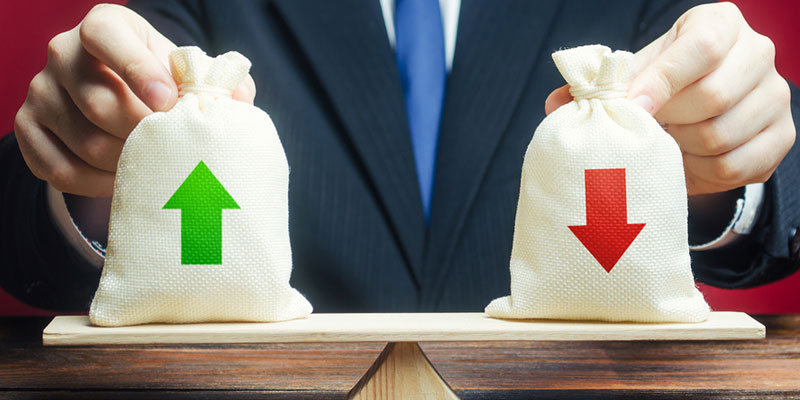 Making the tax system fairer for SMEs, whilst supporting economic recovery. Is there a workable solution?

Whilst the government has stepped in with a big pot of money, the Chancellor, Rishi Sunak, has admitted that they are not able to “protect every job or every business”. The rescue funds add to an increasing national debt and will make it more difficult for the economy to recover. Devising a welfare system that is fair and inclusive is as difficult as devising a taxation system that supports economic growth. In these unprecedented (word of the moment!) times, there is an opportunity to think differently and try to help find a workable solution. Here we look at the current tax system and support measures in place for SMEs and how they could be fairer.

Extending the same level of support to all individuals

In addition to the Universal Credit scheme, the government has implemented the Job Retention Scheme (JRS) and the Self-Employed Income Support Scheme (SEISS) to support individuals.

Whilst these measures are working to some degree, there are gaps where individuals do not qualify under either of the new schemes.

How big is the gap to support individuals equally?

The gap includes small business owners of private limited companies who have legitimately taken most of their earnings as dividends. Based on the 2m actively trading companies registered at Companies House (2019), 96% of which were privately owned and over half of which were employers, it is reasonable to assume that the gap is not insignificant and could be over 1m people.

What is the impact on economic growth if we do not plug this gap?

Bearing in mind that SMEs (those with fewer than 250 employees) employ around 16m people, the impact of not supporting the 1m individuals who have privately owned limited companies and employ people could be huge. If their businesses go under, then their employees will lose their jobs and incomes, causing more stress on the economy, as well as the individuals themselves.

How do we plug the gap and make it fairer?

Whether people (both those who have already received support and those who are still seeking it) need and merit all or only some support, is a difficult question. Where do you draw the line? The only way to make the system fairer is to apply discretion on a case-by-case basis. However, discretion is subjective on an individual level and costly to implement through publicly funded organisations.

In these situations, one solution is to fund charitable organisations that can reach those in need whilst also encouraging people, who are financially able, to give generously through such charities and by adding gift aid.

A second solution, as highlighted in our article last week, Is the Government business support package enough?, is to encourage individuals to support the businesses they value (both large and small, so that we support the whole supply chain). We know that SMEs contribute significantly towards GDP, so if we want SMEs to help drive an economic recovery then we need to support them. Research shows that £10 spent with a local independent business means up to an additional £50 goes back into the local economy.

Should the public support all business owners?

There is an argument that business owners should have been more prudent and set money aside or paid for business interruption insurance policies. This would have enabled them to draw upon those savings during this crisis. Whilst this would have been sensible for those working through personal service companies and those with well-established and profitable businesses, it may not have been financially possible for others in start-up mode or who make modest incomes.

Until criteria which are simple to execute and enforce are available, many business owners will continue to be excluded from government support.

There is some good news for start-ups, though. The Chancellor, Rishi Sunak, announced on 19 April that the government will support the UK’s most innovative start-ups as part of a £1.25bn bailout for venture capital-backed businesses struggling to survive the lockdown. There will be a £500m “Future Fund” co-investment fund for high-growth companies – a convertible loan structure, matched by private equity, whereby the government takes a stake in the company at a discount until the debt is repaid. There will also be £750m made available as grants and loans through Innovate UK to smaller businesses focussed on research and development.

Many business owners legitimately take advantage of the lower tax rate on dividends, so that they pay less tax overall on their total income. Some people may think this is unfair, particularly when comparing someone in employment with someone working through a personal service company. However, in some cases the tax break may be well deserved e.g. for someone who has worked hard, taken financial risks and is a good employer. On the other hand, shouldn’t all ‘salary’ be taxed at the same level regardless as to whether you are the business owner or not?

As James Coney recently pointed out in The Sunday Times, business owners who have taken advantage of the taxation system, typically end up paying a lot less personal tax than those who are paid through PAYE. In some cases, an employed person raises 34% tax, a self-employed person (sole trader) pays 23% and a business owner (working through a limited company) and paying salary mostly via dividends pays only 19%.

Perhaps now is the time to implement a system that requires business owners to withdraw income – perhaps up to a certain level based on profit before drawings – as salaries rather than dividends. This won’t go down well with business owners who have been operating this way for a lifetime. However, it may be more palatable if they are able to distinguish between income as salary versus a return on their shareholders’ investment. That way salary can be taxed at the same level as everyone else and their return on investment can be withdrawn and taxed as dividends.

The Chancellor has made clear his intention to level the playing field on income tax across the employed and the self-employed – it will be interesting to see how he chooses to resolve this.

Removal or financial smoothing of the VAT threshold

As businesses of all sizes go under there will be increased unemployment. This is often a catalyst for new start-up business which increases market competition. Competition is not a bad thing, when the playing field is level.

Research shows that the removal or financial smoothing of the VAT threshold would have a positive impact on the productivity and growth of small businesses. Perhaps now is a good time to level the playing ground so that businesses, regardless of turnover, can compete on fair terms. If this does not happen, then we will see established VAT registered businesses suffer because they cannot compete on price. A 20% price difference for a consumer is often an overriding factor, especially in an economic downturn.

If you are one of the businesses or individuals who feels like they have fallen through the gap then please contact the FSB at selfemployed@fsb.org.uk who are lobbying government on behalf of SMEs.

Previous Post
COVID-19: Our HR team answer your FAQs
Next Post
Top tips for managing your finances through the COVID-19 crisis
Menu